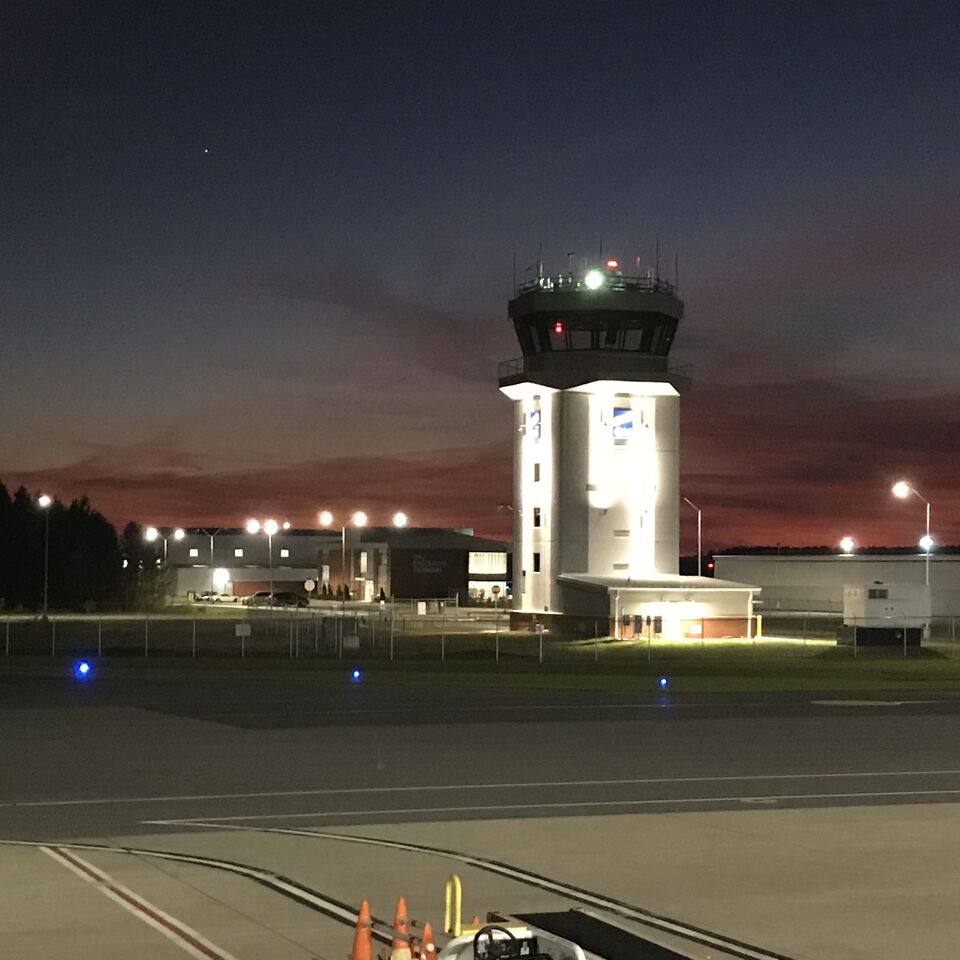 “This enhances safety and opens doors,” Chris White says. “When an economic developer is looking at our area, having a tower is on their checklist; we’ve just helped them check this off. The tower makes it easier for us to talk to companies about larger aircraft landing here. If a corporation is looking for a place to locate a major operation or headquarters, the tower makes it easier to talk to them about also basing their aircraft here.”

White says the airport has always been safe and followed standardized practices to land planes safely. The new tower boosts those safety procedures to a new level, eases insurance pressures, and creates efficiencies. With the tower, systems are in place to land more plans and reduce taxi times during peak periods—which saves fuel and time, thus decreases user costs.

The new tower’s opening culminates nine years of planning and execution with the goal of placing OAJ in an elite group. According to the FAA, of the over 5000 public-use airports in the country, only 518 have percent have air traffic control towers.

Last year, over 313,000 people—business travelers, citizens, military, and visitors—traveled through the airport. White says a stronger Eastern North Carolina economy, business and medical travel, tourism and Marines traveling to nearby Camp Lejeune all played a role in this steady increase. MCAS New River is home to several training and fleet squadrons of helicopters that use OAJ for training. The Airport also supports military mobility on aircraft too large to land at New River.

In 2018, Vidant Medical Center from Greenville, NC and Airlink Vitalink from New Hanover Regional Medical Center based air medical operations here, bringing over 30 new jobs with them. While the tower is not solely responsible for these moves, having a tower on the horizon encouraged decision makers to approve the new projects.

According to a 2016 study commissioned by NCDOT and performed by NC State University’s Institute for Transportation and Education Research (https://itre.ncsu.edu/) the airport supports 370 jobs and contributes over $237 million/year to the local and state economies.

White says results of a new study by the same group will be forthcoming in 2019. “Preliminary numbers show a significant increase, and we’ll share the full research findings in January. We’re on an upward trend as we continue to offer excellent service and make significant enhancements to the Airport. The tower is much more than 2.5 million pounds of reinforced concrete and steel. It represents the future of aviation—and economic development—in Onslow County.”

The tower project was funded by grants from the FAA, North Carolina Department of Transportation and airport user fees. The air traffic controllers are supplied by RVA, Inc. under contract to and funded by the FAA.

OAJ Tower By the Numbers