Join us for a whirlwind visit back in time as we remember the people and moments that transformed Albert J. Ellis Airport (OAJ), one of the best airports Eastern NC has to offer, into today’s business and military air transportation hub.

This airport in Jacksonville NC connects today’s military infrastructure at US Marine Corps Base Camp Lejeune with civilian visitors and guests. A place of reunions and departures, it also serves as the heartbeat of Onslow County’s economic development. Since its opening in 1971, passenger counts have consistently grown, from 48,265 in 1971 to 332,335 in 2019. Currently, 3460 jobs are supported by OAJ Ellis Airport, your top choice for the closest airports to Jacksonville NC!

Here’s the story of how elected and local leaders made it happen, and how our airport has grown.

1958 and 1959: Mayor Joyner Lewis, Albert Ellis, Herbert Eastwood, Roy Stevens, and others presented Jacksonville NC’s request and testified to the Civil Aeronautics Board in Washington, DC. The CAB transitioned into the FAA and controlled where the airlines flew at the time.

1964: The FAA approved the request and the Airport Commission requested federal funding from the FAA. A grant from the FAA of $800,000 was awarded to the airport to initiate studies for preliminary design. The total cost for the project was estimated at $2,090,660.

1969: Land was purchased, and construction began. 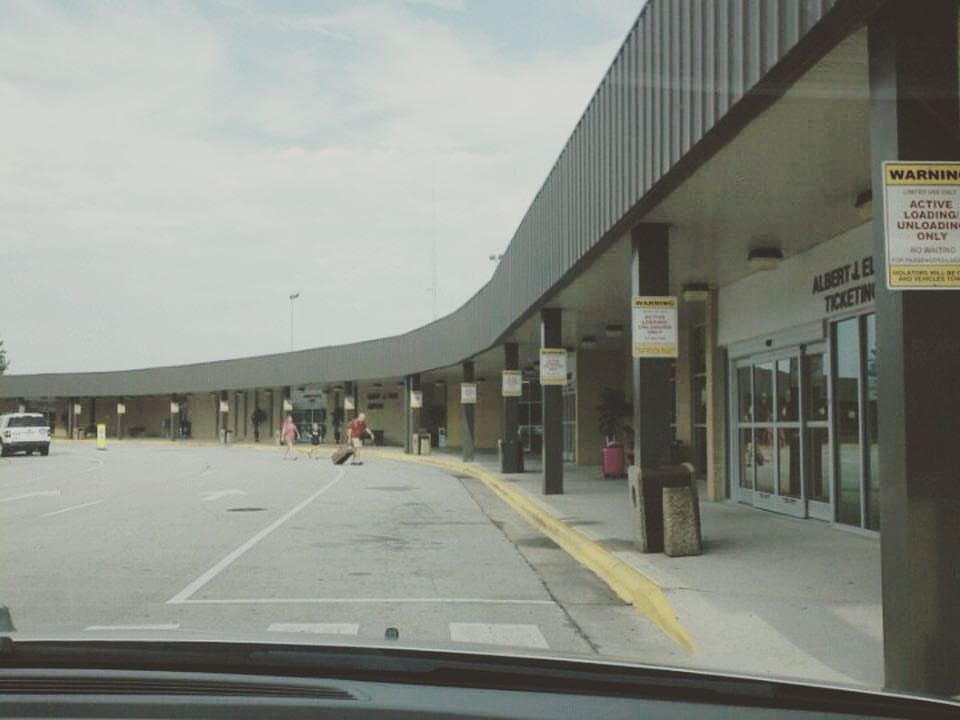 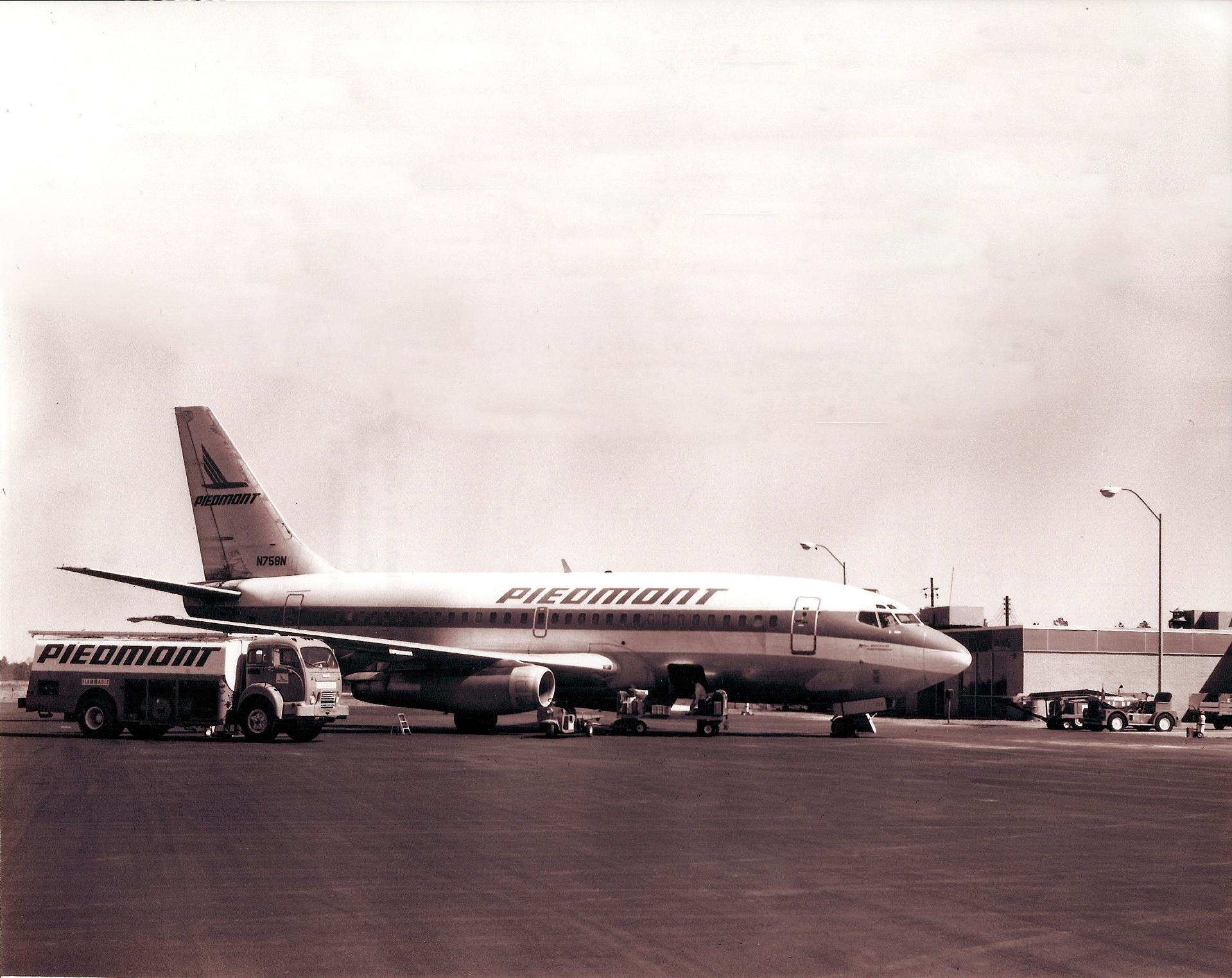 Growth and Expansion: A New Terminal

OAJ is a busy place, hosting commercial flights, charters, civilian and military training flights, medical, agricultural, and firefighting flights when the need arises. MCAS New River is home to several training and fleet squadrons of helicopters that often use OAJ for training. The Airport also supports military mobility including some aircraft too large to land at New River.

In 2009, it was recognized that something must be done to improve the terminal facilities. Continued growth fueled by community and USMC growth; airport and local leadership explored options and initiated plans to expand by replacing undersized and outmoded terminals. “In 2013, more than 350,000 passengers passed through the OAJ, creating an economic impact of more than $191 million for the county and contributing to 340 local jobs,” said Chris White in an article in Airport Improvement Magazine. Construction began on a new, two-story terminal for our airport near Jacksonville NC.

A 9,000 square ft. executive terminal was constructed at the same time to welcome corporate, military, and private flyers. The facility is operated by the fixed-based operator, Skyport, and offers flight schools, rentals, classrooms, and conference facilities. 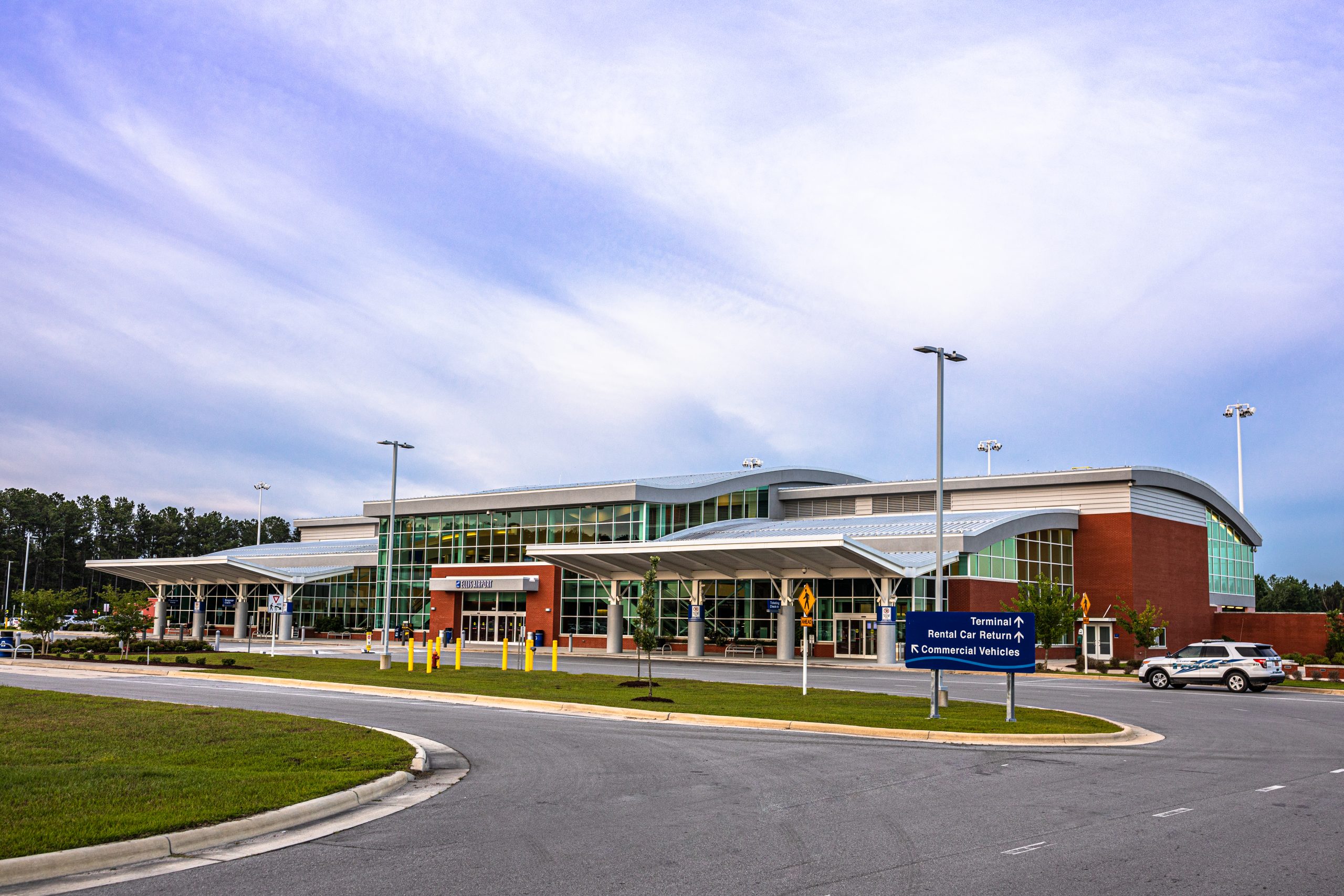 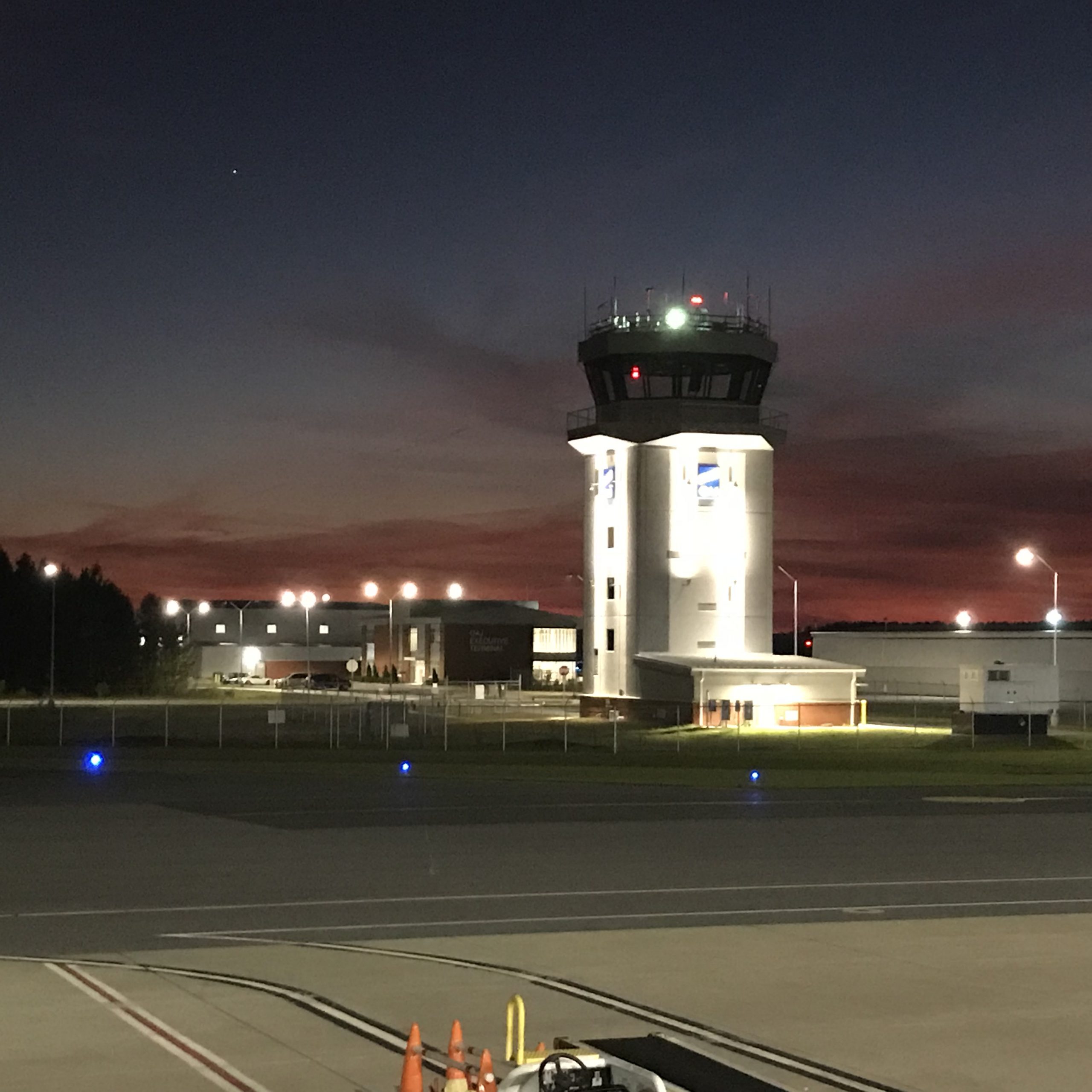 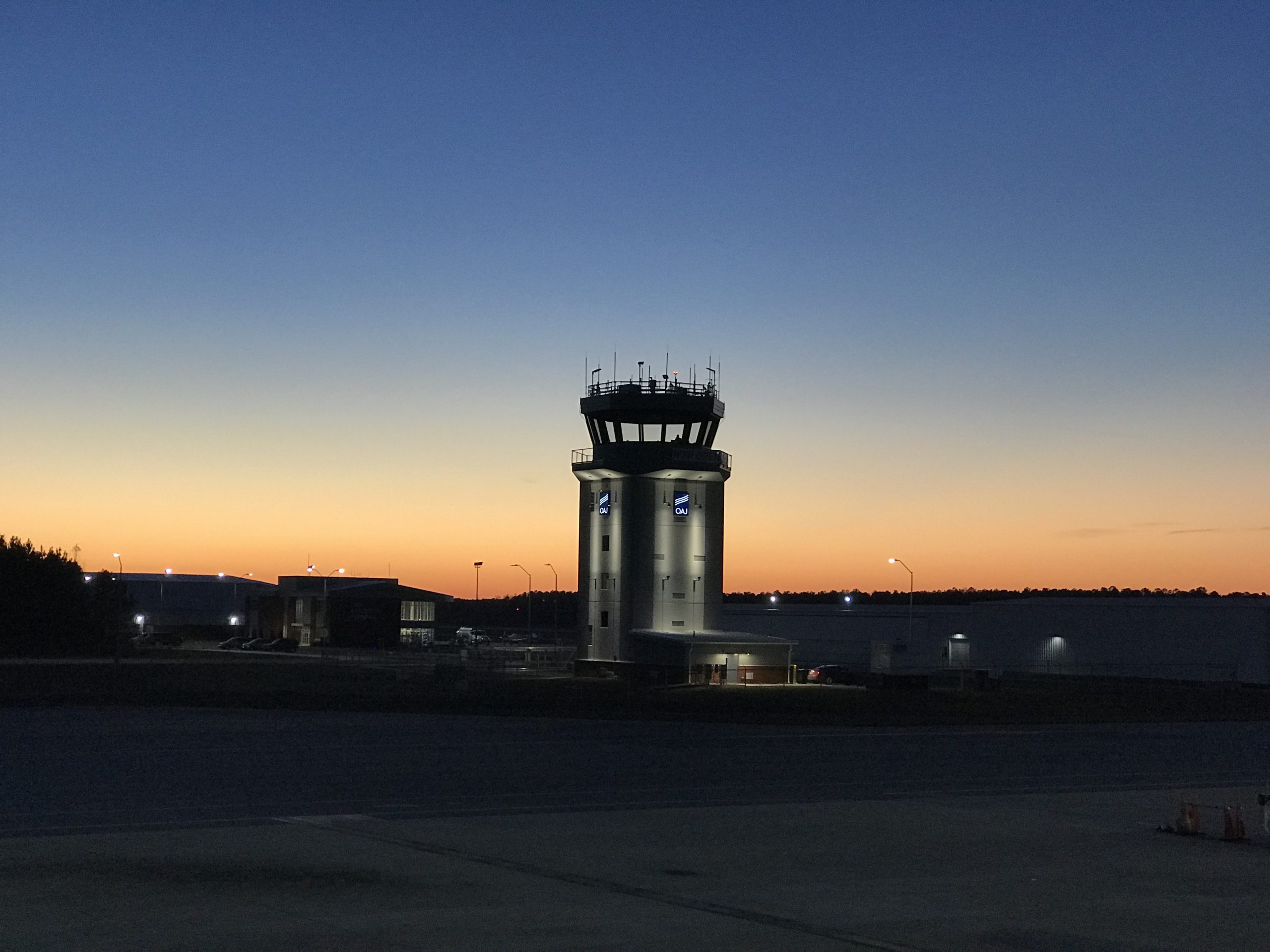 Anniversary in the Midst of Pandemic

2021: Albert J. Ellis Airport celebrates its 50th anniversary in the midst of the most significant commercial airline slow down in peacetime. Facing the coronavirus pandemic, celebrations to mark the occasion were not possible due to state-regulated safety guidelines. Despite the slowdown, American Airlines and Delta continue to operate daily flights from Jacksonville NC with the number of passengers showing at higher levels than national or state numbers reported.

“Despite the pandemic, demand remains steady at OAJ. We are seeing approximately 70-75% of pre-pandemic demand versus the system, which is at or below 50%. Hosting a celebration these days is challenging, but it’s important to remember and recognize the contributions of citizens that helped shape our community,” says Chris White.

Why was the airport named after Albert J. Ellis? Born in 1913, University of North Carolina Law School alumni and U.S. Army World War II veteran Albert J. Ellis served the region as a distinguished Senator in the North Carolina General Assembly from 1967 until his death in 1971. His tireless energy, time, and personal sacrifices helped bring the airport to fruition. On multiple occasions, he traveled to Washington, D.C. and helped convince the Civil Aeronautics Board to establish commercial air service to Jacksonville and other cities in Eastern NC. A senior partner of Jacksonville law firm Ellis, Hooper, Warlick & Waters, he died in December 1969, before Albert J Ellis Airport opened.